No counters = the new kitchen fad?

Oh, remodelista.com, I get that you are trying to show some minimal kitchen ideas, however, have you ever tried to prepare a meal that is more than pasta + hot water in a kitchen with no counter space? It is VERY tricky my friend, and I highly suggest nobody try it. Lots of muttering, grumbling and swearing ensues, along with half the tomatoes that have to be thrown out because they fell off the counter while you made space for the toasted baguette that came out of the oven since you have no room for a toaster oven. The minimal kitchens shown have TONS of space and just don't need a tiny island that they are calling the kitchen Rubik's Cube. If you want to downsize, keep your kitchen space simple with some of these space savers: 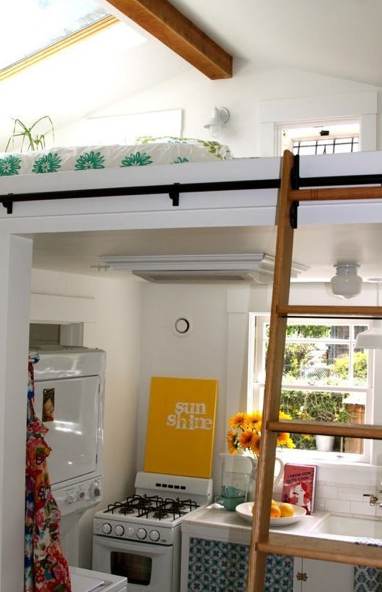 The lucky peeps who have vertical space, I love a rolling ladder which is helpful for keeping things out of reach but accessible. 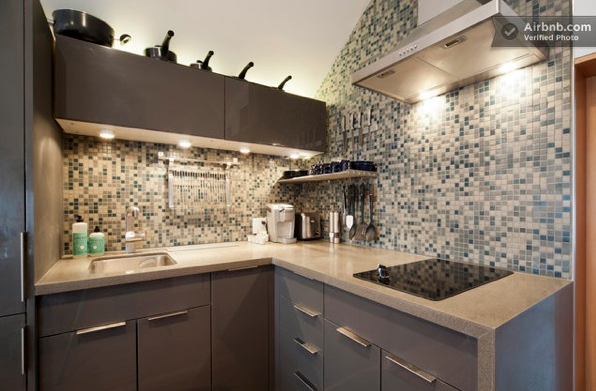 If you can afford to install a state of the art kitchen spread, this built in stove top (although I don't see an oven) is very helpful and I love the backsplash! (Notice a rolling ladder would come in handy to grab those pots) 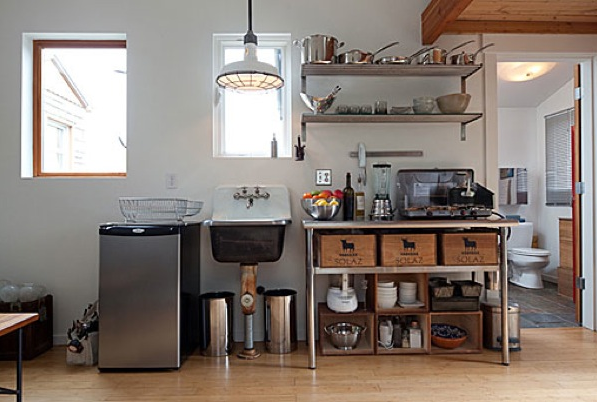 This mini fridge is an obvious space saver, but I love the look of the baskets (crates?) under the counter. I don't think this is used as the full, regular kitchen, I think this is just a studio space that is used during the day so they don't have an oven and don't need a real fridge/freezer. 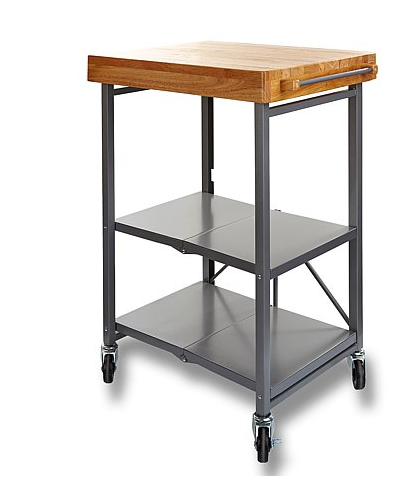 And my ultimate recommendation for a kitchen space saver is a rolling cart. It has SO MANY purposes and can be wheeled around as needed. Hopefully there is a little space in the kitchen where this can live while not in use, otherwise it is a space killer rather than saver. However, we looked at some real-grown-up-people-who-don't-taste-wine-and-make-jokes-all-day houses a few weeks ago and one of them had an adorable modern kitchen that I wanted to cook in immediately - it wasn't huge, but they had an "island" in the middle which seemed odd for the small space... until the realtor pointed out that it was on wheels and it was a game changer.

Posted by poverbaugh at 7:17 PM